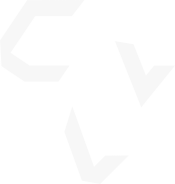 What Challenges Do BPoC Founders Face?

"We cannot change the cards we are dealt, just how we play the hand." ― Randy Pausch

However, when the cards you are dealt are rife with discrimination, socioeconomic hurdles, and systematic barriers, among other things, you might just need a helping hand.

Within the world of entrepreneurship, BPoC founders are disproportionately overlooked for funding. According to a report published by Extended Ventures in 2020, only “1.7% of capital at all stages went to Black, East Asian, South Asian, and Middle Eastern founders in the UK.” Worse yet, only 0.24% of venture capital went to teams of black entrepreneurs between 2009-2019. Across Europe, the numbers are relatively similar, and for female founders of color, the statistics are even worse. Sadly, the reason for this is not that there aren’t many BPoC founders, but rather a plethora of reasons, one of them being a lack of network.

Typically, when fundraising for a company, the first round of capital comes from “family and friends,” who usually have extra disposable income to invest in their loved one’s idea. However, this is only possible for individuals with a network that can afford to put their disposable income at risk. In Germany, the net wealth held by immigrant households is 51% of the net wealth of native households, based on findings from a 2011 report published by the European Central Bank. In other words, the average net wealth for migrant households is 55,817 euros compared to 109,605 euros for native households.

Similarly, despite the notion that most successful entrepreneurs are college drop-outs or 20-something-year-old brainiacs, the reality is that most have completed at least a bachelor’s degree, and a substantial portion attended top universities around the world. For many, attending such universities provided them with a close-knit network of peers that would later become valuable for finding jobs and even raising capital for their first venture. Sadly, when we look at the data, it is easy to quantify why BPoC struggle with gaining access to the right networks. According to MarketWatch, only 8% of Ivy League students in the USA are black. In Germany, only 20% of university students have a migration background. Therefore, when it comes to turning to “Family & Friends” or using their network to get in touch with investors, BPoC founders face a significant barrier for financing.

What are BPoC Founders in Germany Saying?

Many of the statistics available are from the US, UK, or Europe, but there is a significant lack of data within Germany on BPoC founders. For this reason, we surveyed aspiring and existing founders in the region, and here is what they had to say about their challenges:

Based on these findings, it comes as no surprise that 73% of aspiring founders planned on getting started through self-financing, while over 90% of existing founders used their income to finance their companies as compared to approximately 20% that planned to receive- or received financing from “Family & Friends.” Similarly, our surveyed participants highlighted their need for further support with legal and statutory matters, business planning, product development, marketing, and sales. Therefore, emphasizing the knowledge gap that many respondents pointed to as a challenge. Although the entrepreneurial journey of a BPoC founder in Germany and abroad is rife with obstacles, we are happy to see individuals and organizations rise to empower underrepresented founders.

How is ADAN e.V. Providing a Helping Hand?

ADAN e.V. has decided to lend a helping hand through the ADAN Elevate Program by decreasing the knowledge gap and supporting founders with bureaucratic challenges via our Blog, Meet the Founders series, and Accelerator program. Similarly, our Investor Day aims to facilitate an opportunity for BPoC founders to pitch their businesses to an audience of investors and build an enduring network that will open doors for future generations of entrepreneurs.